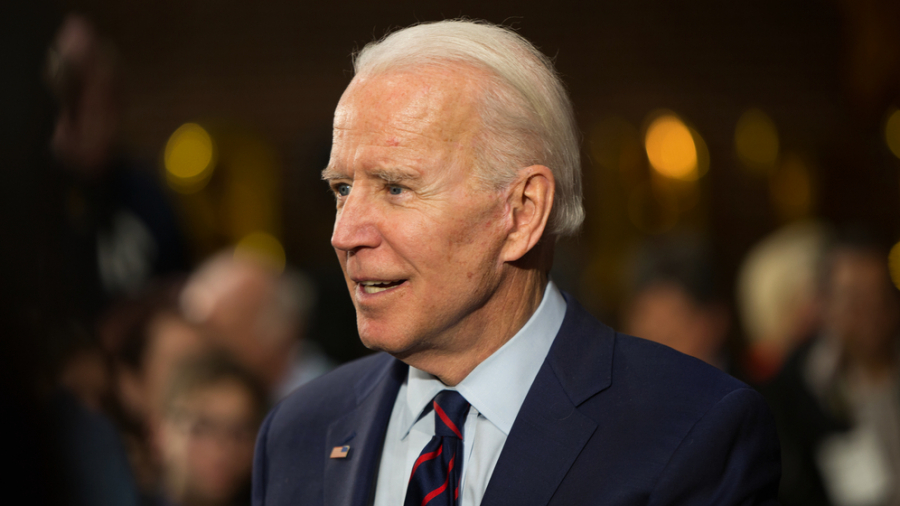 President Joe Biden’s first State of the Union address happened on Tuesday night, in which he discussed Russia, lauded a retiring justice from the Supreme Court, and was heckled by Republicans.

Here are some of the best moments that happened during his address:

The president walked into the House chamber, smiling and shaking hands with many maskless legislators all while the traditional but awkwardly long applause was happening. It lasted his entire walk to the podium where he would deliver his speech.

Compared to before the pandemic, the chamber was not full. Around 600 to 700 people attended the SOTU, which is less than half compared to the more or less 1,600 people the said venue can accommodate.

However, Biden’s speech last Tuesday had more people in the audience compared to the approximately 200 who watch the president’s joint sessions to Congress last year. The event also looked sophisticated as it should be.

Once at the podium, the president opened with: “Last year COVID-19 kept us apart. This year we’re finally together again.”

Given the current circumstances happening in Europe, lawmakers from both parties wore ribbons representing the Ukrainian flag. Some were waving the Ukrainian flag and were giving Biden standing ovations when he comments on Russia’s brutal invasion of their neighboring country.

In his speech, the president said that Americans have an “unwavering resolve that freedom will always triumph over tyranny.”

“Six days ago, Russia’s Vladimir Putin sought to shake the very foundations of the free world, thinking he could make it bend to his menacing ways. But he badly miscalculated. He thought he could roll into Ukraine and the world would roll over,” he said. “Instead, he met with… a wall of strength he never anticipated or imagined. He met the Ukrainian people and President Zelenskyy.”

In attendance was Ukrainian Ambassador Oksana Makarova, who was seen to be emotional following the display of support that the audience gave. She joined first lady Jill Biden and stayed at the balcony of the chamber.

Biden also made it clear that the U.S. intends to defend “every inch” of NATO territory in case Russia tries to expand beyond the former Soviet nation. He also touted the sanctions that the West has given against Russia.

“Putin is now more isolated from the world than he has ever been,” the president said.

Following his expression of support for Ukraine, the president then exposed some crucial fault lines found in local politics, particularly those connected to domestic and economic policy. This was crystal clear when he touted the COVID-19 stimulus bill pushed by the Democrats from last year.

“Unlike the $2 trillion tax cut passed in the previous administration, that benefited the top 1% of Americans, the American Rescue Plan ….,” he said but was cut off by heckling from the Republican side of the room.

As Republicans booed him, Biden paused. However, Senate Majority Leader Chuck Schumer (D-N.Y.), stood from his seat, ready to lead a standing ovation.

Biden managed to regroup and finished what he was saying.

” … The American Rescue Plan helped working people and left no one behind,” Biden said as Democrats continued to cheer. “And it worked.”

Biden also honored Supreme Court Justice Stephen Breyer during the State of the Union address. He said, “Tonight I’d like to honor someone who dedicated his life to serve this country. Justice Breyer, an Army veteran, constitutional scholar, retiring justice of the United States Supreme Court.”

After he was put in the spotlight, Breyer placed his hand on his chest while Biden recognized him.

Biden then told the justice to stand up, and he did so in a bashful manner. After that, he placed his hand on his chest once more, then jokingly put both over his face while smiling the entire time.

Biden’s State of the Union wasn’t complete without any ruckus from some of the Republican party members. Out of all of them, the most controversial one was Rep. Lauren Boebert (R-Colo.). She caused a commotion, and it’s not just by coming to the event while wearing something that said “Drill Baby Drill.”

The president was speaking about helping troops who returned to the U.S. sick from Iraq and Afghanistan due to the toxic burn pits and possible cancers that could put them in a “flag-draped coffin” one day.

After mentioning this, Boebert interrupted Biden and shouted from her seat: “You put them in, 13 of them,” in reference to the 13 flag-draped coffins that came home from Afghanistan after the deadly and chaotic U.S. withdrawal from Afghanistan over the summer.

Many in attendance saw her actions as rude. Sen. Mike Braun (R-Ind) told Fox News, “I think that whenever you do that, regardless of who’s doing it, directed at which president, which party, probably not the right thing to do.”

Following what she did, Democrats managed to drown out Boebert. On the other hand, Republicans in the audience seemingly thought that she made the comment in poor taste, based on how they reacted.